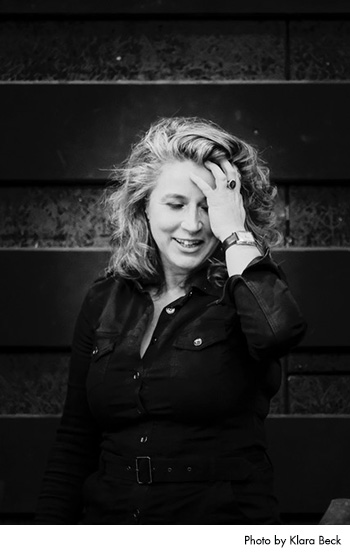 Jetske Mijnssen, born 1970, is successfully directing in opera theatres throughout Europe. Her directorial style is characterised by a psychological approach that leads to startling and gripping interpretations of opera characters and their fate. Creating emotional experiences through engaging scenes and complex personalities is the essence of her theatrical work, an approach that is deeply rooted in her careful musical reading of the scores. As a critic put it: 'She makes the music visible, she makes you sense the message in the music'.

Bringing scenic visions and music as close together as possible, is Jetske Mijnssen's ideal. She is therefore looking for inspiring partners both on stage and in the pit, and she has so far had the good luck to find quite a number of them: Enrique Mazzola, Giedrė Šlekytė, Tito Ceccherini, Emmanuelle Haim, Christoph Rousset, Raphael Pichon, Riccardo Minasi, Gianluca Capuano, Mirga Gražinytė-Tyla and Oksana Lyniv.

In the upcoming season Jetske Mijnssen will return to the Komische Oper Berlin with Janacek's Katja Kabanova and to Opernhaus Zuerich for Poulenc's Dialogues des Carmelites. In May 2022 she will stage Donizetti's Anna Bolena as a part of the Tudor Trilogy at the Nationale Opera Amsterdam. In 2020 Jetske Mijnssen made her debut in Oslo with Il barbiere di Siviglia. In the season '19/'20 she premiered Monteverdi's Orfeo at the Royal Danish Opera in Kopenhagen and Verdi's Don Carlo at Oper Graz.

In the season '17/'18 she staged Mozart's Idomeneo in Zurich and Tchaikovski's Jevgeni Onegin in Graz. In 2016 she directed Luigi Rossi's Orfeo at the Opera national de Lorraine. This production was highly acclaimed and widely recognized by winning the French Grand Prix du Syndicat de la Critique. Massenet's Werther, produced in collaboration with Ben Baur for sets and costumes in Saarbrücken, was nominated for Germany's highly renowned DER FAUST in 2014.

For children she has staged Britten's Der kleine Schornsteinfeger and Valtinoni's Pinocchio at the Komische Oper Berlin, and Henze's Pollicino at Netherland's Nationale Reisopera.

In retrospect, the participation in a workshop by Willy Decker at La Monnaie in Bruxelles was the starting point of her career as a director in 2001. She had previously worked as a director-assistant. She was graduated at Amsterdam's Universith with a master's degree in Dutch literature and poetry. Specialising in opera, she subsequently studied stage-direction at the Amsterdamse Hogeschool voor de Kunsten for four years.